New Release: Love on the Dancefloor by Liam Livings 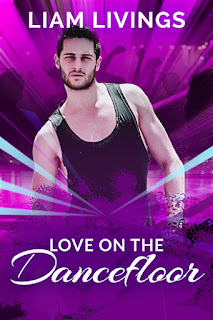 Blurb:
Why does he want to ruin a perfectly good friendship by becoming boyfriends? Why would someone from Paul’s background have any interest in ordinary boy-next-door Tom?

Tom is quiet and awkward, especially after his ex told him he was nothing. Besides, Tom’s too nerdy, too organised, too shy to ask anyone out ever again.

When Paul talks to him, Tom feels fabulous, he feels brave. When Paul looks after him, Tom thinks maybe he’s not nothing. He wants to go wherever Paul, with his rich parents and monthly allowance, leads—to places Tom’s working-class background hasn’t allowed him before.

With a nerd, friends to lovers, clash of backgrounds, partying, dancing and lots of recreational drug use, Love On The Dancefloor is a stand-alone gay romance that asks: can you really make yourself stop loving someone?

Editor's Review:
I'm a bit too old to have been part of 1990s rave culture (I've probably given myself away by calling it that), but I certainly remember the hype in the British media about people dying from a terrible new drug called ecstasy. I was studying Beat culture at uni at the time, and the Beat writers' use of psychedelic drugs to heighten consciousness and think in new, subversive ways. And I remember thinking...really, that's what the 'mad for it' lot are up to - escaping the materialism left behind by the 1980s for a few hours of living for music, dancing and the heightened emotional connection with their fellow passengers on the journey through the unstill night.

Liam Livings has captured the era beautifully, through vignettes of early mornings after the afterparty, a convoy around the M25 in pursuit of a black Ford Sierra, market-stall-style drug sales, giant parties on Ibiza, the ups and the downs, the good, bad and ugly, and how, in all of this, the social divisions of the world beyond cease to have meaning.

But all of that is backdrop for a romance between two young, talented men who grow, together and apart, and tread a tough path in pursuit of their happy ending. The supporting cast is complex but fun - Tom's mum is fantastic (and hilarious, and sweary, simple as) as is Slinky Simon (my favourite part of the entire story relates to him - just for how brilliantly it's written, but I can't share, darn spoilers). There is also a line that will slay you. (Incidentally, it's really hard to edit when you're crying buckets.)

Whether you were there at the time and want to reminisce, or you're curious what it was like, or you just enjoy a mighty fine love story, Love on the Dancefloor is one you don't want to miss. 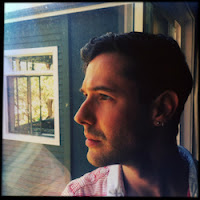 Liam Livings lives where East London ends and becomes Essex. He shares his house with his boyfriend and cat. He enjoys baking, cooking, classic cars and socialising with friends. He has a sweet tooth for food and entertainment: loving to escape from real life with a romantic book; enjoying a good cry at a sad, funny and camp film; and listening to musical cheesy pop from the eighties to now. He tirelessly watches an awful lot of Gilmore Girls in the name of writing 'research'.

Published since 2013 by a number of British and American presses, his gay romance and gay fiction focuses on friendships, British humour and romance with plenty of sparkle. He's a member of the Romantic Novelists' Association, and the Chartered Institute of Marketing. With a Master's in creative writing from Kingston University, he teaches writing workshops with his partner in sarcasm and humour, Virginia Heath as https://www.realpeoplewritebooks.com and has also ghostwritten a client's five-star reviewed autobiography.

Website: LiamLivings.com
Posted by Debbie McGowan at 10:58 No comments: