Book Signings: The Scorned Wife; The Harder They Fall 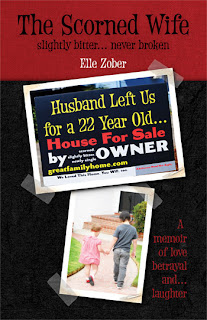 
It's a bit of a cheat, but I decided to use a screenshot of Elle Zober's webpage to advertise her book signing - click on the image to visit the real page and to RSVP.

In case you're on a device which won't show the image below, Elle will be at Barnes & Noble, Northwest Evergreen Parkway, Beaverton, Oregon, from 7pm on January 25th 2013. 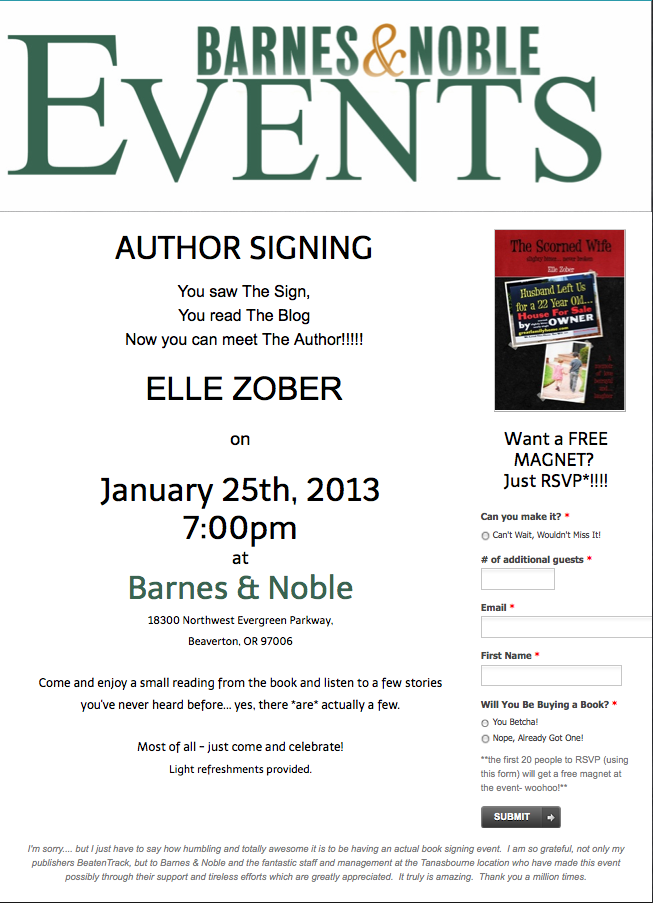 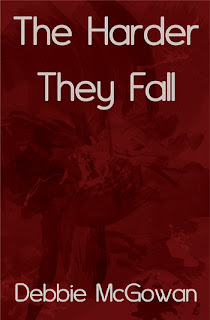 Please join me at M.Bar.K, Burscough Wharf, Lancashire, on Friday 15th March for an evening of book signing and entertainment.

I was tagged for 'The Next Big Thing' Blog Hop by the utterly fabulous Larry Benjamin, author of 'What Binds Us' and 'Damaged Angels' and soon to be published 'His Name was José' (working title - you can read about it on Larry's Next Big Thing blog post), and even though I'm seriously wondering "How do I follow that?" I'm excited to have the opportunity to write about my current work in progress, because it has completely taken over my life for the past three months.

I was also tagged by Laura Susan Johnson, author of 'Crush' - an incredible novel that is an emotionally challenging, yet compelling and beautiful read. Laura is currently working on 'Bright' - you can read about it in Laura's Next Big Thing blog post, - excerpts from 'Bright' can also be found here: bright-the-book.snack.ws.

1. What is the working title of your book?

The Harder They Fall - this is also the final title. I wasn't going to publish this for a while, but it is now scheduled for a mid-March 2013 release!

2. Where did the idea come from for the book?

This is the third book in a series, which began with 'Hiding Behind The Couch', back in 2007. I was off work at the time with stress/depression, and decided to write a novel in which the characters were nothing like anyone I knew, by way of escape and catharsis. Not surprisingly, I ended up with a therapist as the central of the nine main characters!

I wrote the sequel (No Time Like The Present) the following year, and both were published earlier in 2012. I didn't intend to turn this into a series; however, I have some very devoted readers, who wanted to read more about 'their new friends', so what else is an author to do?

Hmm - that's a tricky one. Contemporary fiction, with a bit of F/M and M/M romance thrown in for good measure? I write about people's relationships and emotions, and the everyday 'personal is political' stuff with no specific genre in mind, but it should appeal to all readers. That said, it's not overtly political, but I hope my writing challenges people to reassess their own views and perceptions of others whilst also enjoying a good story.

4. Which actors would you choose to play your characters in a movie rendition?

Well, it's British, and there are a lot of characters, most of whom are in their thirties or older, which makes casting a bit of a challenge, particularly as regards the female characters. I didn't realise until I started researching just how narrow the choice is in terms of 'famous names'. That said, I would want to use fresh new actors, because I have a very clear idea about who these characters are and I would not want them tainted by inadvertent type-casting. I'm also considering writing the screen play of the series, as I am led to believe that it does lend itself rather well to TV/film.

Thus, if I had to choose from famous British actors, it would be the likes of John Simm and James Nesbitt, or if I wanted to go for glam and sexy, it would be Oliver Kieran-Jones, Jeremy Sheffield, Henry Cavill etc., although none of them are really 'perfect'.


5. What is the one-sentence synopsis of your book?

Err... Whilst Dan battles for his life in Kathmandu, back home preparations for Eleanor's wedding are interrupted by events that exhume painful memories from the past, forcing Josh to finally come clean about his true feelings.

6. Will your book be self-published or represented by an agency/publisher?

It will be published independently, by my own publishing company (Beaten Track). I don't readily relinquish control.

7. How long did it take you to write the first draft of your manuscript?

The bare bones: about a month (I wrote it for National Novel Writing Month in November), but I'm still working on it now. I have three people reading through the first draft, all of whom I trust implicitly to give me their honest feedback, which will contribute massively to my subsequent reworkings of the manuscript, until I am finally happy (or as happy as an author can ever be) to set it free.

8. What other books would you compare this story to within your genre?

I'm not sure my books compare to other stories. I follow a roller-coaster structure, with lots of little humps, followed by an enormous climb that has the potential to bring the characters crashing down to earth at the end. Perhaps it's a little like Larry Benjamin's 'What Binds Us' (although I don't feel worthy to make that comparison) and Laura Johnson's Crush (likewise), in the sense that strong, rich characterisation is something we all take at least as seriously as the story itself.

9. Who or what inspired you to write this book?

So many things! I spend every day reading about, or watching and listening to those whose lives would be a whole lot happier if other people kept their opinionated, hateful bigotry to themselves. I don't want to go to prison, so I transform the violence it inspires in me into words.

More than this though, the characters inspire me. This is the hardest book I've ever written, not just because of what the characters go through, but also because these fictional tales are based in realities, sometimes of people I know; it is liberating to have the power to balance the bad with the good. I feel that this is one of my responsibilities as an author (and a social scientist) - to explore the more beautiful aspects of human nature, our strengths in the face of adversity.

10. What else about your book might pique the reader's interest?

For those who've read the previous two books in the series, this one should tie off a few significant loose ends. However, what I really hope will pique my readers' interest is the interaction between the two characters who are more or less central to all three books. Weird as it sounds, I've kind of fallen in love with Josh and George (especially George) —here's a brief excerpt that I hope offers some insight as to why:

"Have you seen a... ah!" Josh pulled a pink silk scarf free of the sofa cushion. He draped it around his neck and turned to George. "OK. I'm ready, and with five minutes to spare. How impressive is that? And the dry cleaner got rid of that blackcurrant stain—not bad after twenty years, huh?" He pointed at his pristine trousers to emphasise the point and smiled. George didn't respond. He just stood there, staring, and with a very odd expression on his face. "What's the matter?" Josh frowned, examining the front of his shirt. "Don't tell me I've spilt something down me already."

"No, you haven't," George uttered. "You look..." What could he say? Hot? So damned hot that I could push you onto that sofa right here and now and hang the party? Could he ever have said anything like this to Josh? "You look kind of like Don Johnson, only..." This wasn't going well at all. He tried again, settling on: "You look very dapper."

"Thanks." Josh was still somewhat puzzled by George's reaction. "So do you, although how is it that you've reached our age without being able to fasten a tie properly?"

"Well, on the ranch we found they kind of got in the way of herding and clearing out stables and stuff," he said nervously, as Josh approached him. "And they don't go well with t-shirts," he added, fighting two completely incompatible urges: to back away, or grab him and kiss him. His heart was beating so hard and so fast that Josh felt it against the side of his hand and placed his palm on George's chest, which only served to make the situation a hundred times worse.

"Are you feeling OK?" he asked.

"You heart's racing. Excited about tonight? It's going to be great fun."

"I hope so," George mumbled, willing his tie to be done already.

"There you go," Josh smiled and gave it a final tug to straighten it, just as Kris knocked on the door. George was unbelievably relieved to have a reason to move away.

I am told that my characters become your friends, which is such a great compliment, but also means I can't possibly kill them off, so you're pretty much guaranteed a happy ending... of sorts. Just don't be expecting pretty ribbons tied neatly in bows!


Addendum: I'm also tagging Matt Blake, who is currently putting the finishing touches (I hope, as his editor) to a book about his self-set challenge to cycle solo around the world. It's been a great privilege to work with Matt on getting this book together, although he is the sort that doesn't sit still for very long, hence this late addition to my post! Anyway, you can find out more about Matt's achievements AND his book on his blog: http://www.worldwidebikeride.com.
Posted by Debbie McGowan at 06:51 No comments: