Rainbow Book Awards 2014 finalists: Unbroken and It's Like This 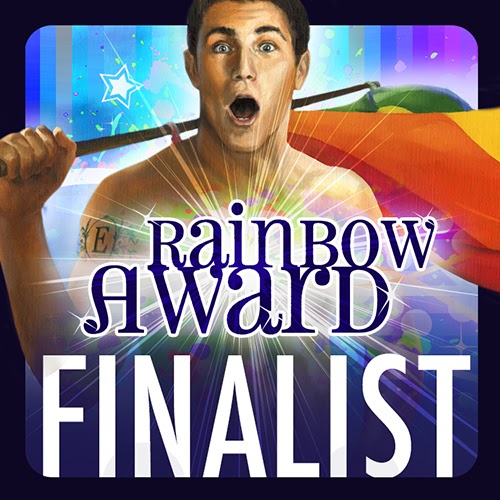 We are delighted to announce that two titles published by Beaten Track Publishing are finalists in the Rainbow Book Award, 2014.

Unbroken, by Larry Benjamin, and It's Like This, by Anne O'Gleadra were two of more than 500 books submitted for consideration for the annual award, celebrating LGBTQ literature.

You can view the full list of finalists here: http://reviews-and-ramblings.dreamwidth.org/4452585.html

Published in September, 2013, Unbroken tells the story of Lincoln de Chabert and how his crush of fellow schoolboy Jose Calderon follows him to college, where Lincoln and Jose become room mates.

My parents, unable to change me, had instead, silenced me. When they'd stilled my hands, they'd taken my words, made me lower my voice to a whisper. Later, I remained silent in defense, refusing to acknowledge the hateful words: Brainiac. Sissy. Antiman. Faggot.

Lincoln de Chabert's life is pretty unremarkable until he comes home from kindergarten and announces he will marry his best friend, Orlando, when he grows up.

His parents spring into immediate action, determined to fix him, igniting an epic battle of wills as Lincoln is determined to remain himself, and marry whom he chooses, at all costs.

Unbroken  is available as both a paperback and ebook (various formats) from all major online retailers:

Published in July, 2014, It's Like This tells the story of a young couple, as they learn to communicate in the shadow of a life-changing illness.

Niles and Rylan have been together a long time. They have great sex, they are deeply intimate, and Rylan never holds back on displaying his affection. As far as their family and friends are concerned, they're an established couple, and yet, after three years of being "together", Niles is still unsure if they're actually in a relationship.

As their sexual intensity reaches a dangerous tipping point, Niles must find the courage to articulate how he feels in order to try and keep the only thing he has ever wanted. Emotional and compelling, It's Like This is a must-read for true romantics.

It's Like This is available as both a paperback from all major online retailers, and a Kindle ebook:

Congratulations to both Larry and Anne - it's truly an honour working with you both!


Posted by Debbie McGowan at 11:40 No comments: