New Release: Love of the Game by Phetra H. Novak 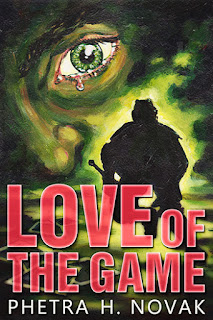 Blurb:
Johannes is starting his new life as a rookie in the best hockey league in the world, the NHL. His new home for the next four years is Montreal, Canada, and he's excited to get to his destination when a storm arrives, stranding him in Charles de Gaulle Airport in Paris, France.

In the airport lounge, he tries to amuse himself the best he can. He's nursing a lukewarm beer, and about to head back to join his parents at their table, when the most gorgeous man he's ever seen, with piercing green eyes, buys him a drink. He swears he has never been so instantly turned on as he is in that moment. The man flirts openly with him, making no secret of what he wants from Johannes as he invites him to meet in private. Not being out only makes Johannes hesitate for a moment before accepting the beautiful stranger's come-on.

Charlie, a cocky and opinionated, ex-submissive and reporter is leaving Paris after being on vacation when the studly jock just happens to appear out of nowhere - served on a silver platter. Charlie sees no reason to deny himself a last rendezvous before he gets on his plane back to Canada.

What he doesn't expect is this stranger to see the real him. Charlie's normal plan of attack is to take charge. But when it backfires, and the studly stranger not only takes control but makes him want more, Charlie does the only thing he feel comfortable doing. He runs!

Editor's Review:
Love of the Game is a romance with strong D/s elements, although there is little in the way of what I've found in other D/s romances I've read. I haven't read many, I'll be honest, because pain is so not my thing, and whilst D/s relationships do not necessarily involve physical pain, it is almost always a feature of those relationships when portrayed in fiction. So, fair warning: there's a chapter that involves spanking (which I found surprisingly funny/sexy), and there's reference to a previous Master/slave relationship that was abusive (some readers may find this a tough one to deal with), but the romance plot itself is NOT D/s. Rather, it is about establishing trust and mutual respect. And love, of course.

Johannes is a Swedish ice hockey player who's secured a place on a top Canadian team; Charlie is a Canadian journalist with a sensational past. When the two of them hook up in Charles de Gaulle airport, it's passionate and feisty, because Charlie is...well, he's a pain in the ass, at first. This hookup is the opening to the book, and there are a couple of explicit scenes later on, but the book isn't heavy on the sex side. Mostly, this is the story of how Johannes and Charlie negotiate a relationship around Johannes' status as a sports star and Charlie's aggressive rejection of even the possibility of love.

The author is a huge fan of ice hockey and really knows her stuff, although there's only one game that takes place on page, juxtaposed against action elsewhere. I particularly enjoyed the switching between Johannes and Charlie in this part of the story, as it also gives insight into Charlie's relationship with his best friends - Marc and Luc - who are in a long-term D/s relationship and they're open about it. Marc - the Dom - constantly comes across as a caring and compassionate man; Luc, meanwhile, is passionate and dramatic, and his love for Charlie shines through.

My favourite chapter takes place in the locker room, with Johannes and his lineup. There is some sexist banter in this scene, which is authentic to context and should not be read as the author's views. That's not why I like it, I hasten to add. I just love the sense of camaraderie, plus some of the other characters are very colourful and certainly deserving of their own story (this is book one of a series, so...). I particularly love Andrew and Sergei (although they seem unlikely 'couple' material).

This contemporary M/M romance ticks the enemies-to-lovers, hurt/comfort and HEA boxes, but it's distinct in its Swedish cultural heritage, the strength of the secondary characters and thoughtful exploration of an embryonic D/s relationship. 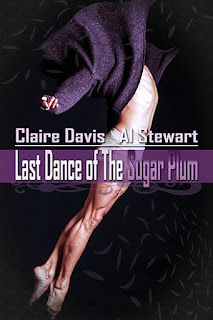 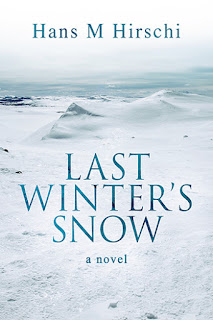