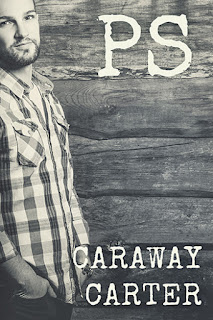 But before the plane had landed, I found out that Sam - the guy I'd met online and had been talking to for four years - wasn't really Sam. He wasn't even a guy.

I already own the little train depot, and I can't go back to my old life. And Fairville is such a lovely welcoming town. Did I mention James? He's made sure that I've had a really warm welcome.

All I want is to build a great little bookstore, and have a relationship based on humor, honesty, and hardbacks. I see some tough choices ahead of me.

Or maybe I don't have to choose...

Editor's Review:
The first ever romance book I read was about a young woman (aged 16) who exaggerated her age to her cowboy pen pal so she seemed older and more sophisticated than she was. I was about 14 when I read it, and I don't recall much beyond her best friend giving her a makeover so she looked older in the photo she sent him. He sent a photo back, and what a dashingly handsome, rugged young man he...wasn't!

Of course, this was fiction and written in the 1980s, but only a couple of weeks ago, I read a true story of a woman who 'dated' a man online for two years before he admitted he'd lied to her all along and he wasn't the handsome young thing he'd claimed to be.

It's easy to assume we wouldn't fall for this kind of scam, and in many instances there's no real harm done. Yet I know, personally, people who've formed enduring emotional attachments to someone online - even paid money to them to help with medical expenses, cried along with them about loss of friends in terribly tragic circumstances - all of it complete and utter fabrication.

Thus, when it came to Caraway Carter's most recent novella, PS, I didn't have to suspend belief as Gus - our intrepid MC - tells us how he's bought a train depot in Vermont, where he thinks he's setting up home with this guy Sam, whom he met and dated online for four years, only for poor Gus to find he's been catphished. Gus is a gullible, naïve, sweet guy, and not necessarily because he fell for Sam's BS. He is one of those genuinely lovely people, and while he's a grown man with a fairly decent business head on his shoulders, he's still the sort of person I want to take under my wing, if only to make sure someone like Sam doesn't come along and do it to him all over again.

For those reasons, Fairville, Vermont - which is a bit like a cross between Stepford and Whoville - and its incredibly altruistic and quirky townsfolk is pretty much the perfect place for Gus to end up. I must admit, I did have some trouble giving the locals the benefit of the doubt - Kelly in particular. For as much as I want to believe in the goodness of humankind, some people just aren't nice, and I expected Fairville to have its fair share of those types. That's my cynicism, though, not a fault with the story.

So, there's Gus, the new guy in the community, and a dilapidated train depot, and there's James, who is...magnificent, if not a little confusing at times. I think it's intentional, for the most part; I don't want to give too much of his back story away, but there are plenty of reasons for him to be the way he is. He and Gus are very natural together, and their relationship, which escalates quite quickly time-wise, still manages to feel slow and steady.

Lastly, I must come back to the fine folk of Fairville. I loved being along for the journey with Gus as he gets to know a bit about everyone, and the characterisation throughout the story is flawless, if maybe a little biased by being from Gus's perspective - my judgements didn't always match up to his. When I make my American road trip, I'll be pining for Fairville, imagining spending a night or two at the DDI and visiting the train depot for a coffee and a book...

I'll settle for a sequel. 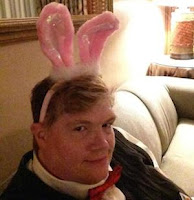 Caraway Carter has worn numerous hats. He's been a furniture salesman, a dresser, a costumer, an actor/waiter, a rabble rouser, a poet, and most recently a writer. He loves words and stringing them together, he loves sex and sexy men, and he writes relationship fiction that reminds you - it's never too late for love. And he has lived his tagline! He married his husband on Halloween, at the age of forty-nine, and they are the loving parents of an adorable cat named Molly.