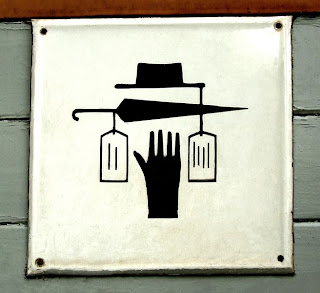 I noticed a student reading a book today, worthy of comment for its unusualness. I asked what he was reading and he held up the cover rather than tell me - it took a moment to decipher, but it was Scar Tissue, the autobiography of the lead singer of the Red Hot Chilli Peppers.

"Have you ever heard of Nineteen Eighty-four?" he asked, then added by way of clarification, "By George Orwell."

"Yes," I replied, stifling a chuckle. How lovely that new readers believe themselves to be pioneers of literature new and old. I suppose, to share Roland Barthes' perspective, this might be true.

The conversation that followed switched back to discussing recording artists such as the aforementioned band, The Doors and various others who have long been held in high esteem, but my thoughts wandered elsewhere, to Nineteen Eighty-four and other books I have lost over the years.

When I say lost, I mean loaned to friends; the contradiction resides in these being the books I value most, thus they are the ones I want to lend out least, yet wish others to have the opportunity to appreciate them also.


So, Nineteen Eighty-four is missing, presumed loaned. To whom? I do not know, but it was the copy I 'borrowed' from school when I was doing my O' Levels, so it is only right that I should no longer possess it, I suppose. However, its absence reminds me more of its specialness and this intrigues me. If it were still on my bookshelf I wouldn't think of it at all; instead, I recall the hours spent sitting behind the counter of a windswept icecream kiosk in mid-November, clutching at the pages until my fingers turned grey, imagining Winston's world to be a whole lot more pleasing than mine was during those times.


"It was curious to think that the sky was the same for everybody, in Eurasia or Eastasia as well as here. And the people under the sky were also very much the same-everywhere, all over the world, hundreds or thousands of millions of people just like this, people ignorant of one another's existence, held apart by walls of hatred and lies, and yet almost exactly the same- people who had never learned to think but were storing up in their hearts and bellies and muscles the power that would one day overturn the world."
It's a terrible shame I no longer have this particular copy of Nineteen Eighty-four in my possession. Buying another just wouldn't be the same and I would more than likely end up loaning it out again, if only to remove the perceived need for clarification on the author in future interludes.
I also 'lost' Nights At The Circus, by Angela Carter (originally published in 1984, strangely enough) - a brilliantly comedic and moving tale of a woman called 'Fevvers', so named for her wings. My choice of lendee on this occasion was a young actor who, now in his forties, persists in his engagement with outrageous fashions. He often fell victim to the inaccurate judgements of others in relation to his uniqueness. I hope this is no longer so, but imagine that this was part of my reasoning for offering him the book in the first place and I like to think that he treasures it.


"Outside the window, there slides past that unimaginable and deserted vastness where night is coming on, the sun declining in ghastly blood-streaked splendour like a public execution across, it would seem, half a continent, where live only bears and shooting stars and the wolves who lap congealing ice from water that holds within it the entire sky. All white with snow as if under dustsheets, as if laid away eternally as soon as brought back from the shop, never to be used or touched. Horrors! And, as on a cyclorama, this unnatural spectacle rolls past at twenty-odd miles an hour in a tidy frame of lace curtains only a little the worse for soot and drapes of a heavy velvet of dark, dusty blue."
Most recently, I 'mislaid' Booky Wook 2 by Russell Brand, lent to someone I used to see on a bi-weekly basis, but due to their change of employment, no longer have any contact with. In this instance, the book is too modern and popular to be special in the same way as Orwell or Carter, but it is a good book nonetheless. Russell Brand's style is eloquent, humble and humorous in equal measure, with some truly beautiful prose on occasion, including my favourite passage (not necessarily for its religious imagery):


"God is in the mountains. Impassive, immovable, jagged giants, separating the celestial from the terrestrial with eternal diagonal certainty. As if silently monitoring the beating heart of the creator from the universe's perfect birth. Stood in the thin air and the awe, one inhales God, involuntarily acknowledging that we are but fragments of a whole, a higher thing. The mountains remind me of my place, as a servant to truth and wonder. Yes, God is in the mountains. Perhaps the pulpit too and even in the piety of an atheist's sigh. I don't know; but I feel him in the mountains."
Three books: so different in style and genre and yet they share the same talent for dishing up the ugliest features of humanity with beauty and splendour. This is why I loved them, why I lost them and why I will continue to find them at the forefront of my mind. To lend a book is essentially to offer it as a gift. Will I ever get them back? I can only hope, although given that my gregarious actor friend now lives in Australia, unless Nights At The Circus sprouts some 'Fevvers' of its own, I doubt I will be seeing it again.
Posted by Debbie McGowan at 15:30