Pop Poets of the Eighties 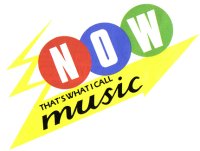 It's tricky knowing where to begin with a review of the greatest singer-songwriters. Aside from narrowing down the massive span of time to something more manageable, how does one measure greatness? Inclusion on 'Now...' albums long ago ceased to have any value and airplay means little. Working with sales statistics seems a valid method on the face of it, except that unit sales and revenue lead to differing conclusions. Rarity makes art special, yet, as the name implies, it is popularity that ranks the world of pop music.

Nonetheless, I had to start somewhere, so I made a couple of mandatory decisions, the first being to focus on the 1980s. My reasoning is thus: this was the era when changes in recorded music formats were felt most significantly (vinyl to cassettes to CDs, the invention of the Sony Walkman and so on), not to mention being a time when young people, equipped for the first time with both lifestyle and expendable income, were able to exercise their right to consume and did so mostly through popular music.

The 1980s was also a time when the 'top of the pops' was an elite measured in millions, even if the advent of the MP3 has changed the way we consume music, making it difficult to accurately gauge popularity through sales, physical or virtual. A change in the British Phonographic Industry thresholds in 1989 further confounds comparisons, as this reduced the number of sales for a 'platinum record' from 1 million to 600,000. The effect is that in the 1980s there were 12 'platinum record' singles, with 10 selling more than 1 million copies and a further 8 going platinum after subsequent re-release, including Soft Cell's 'Tainted Love' (more on Soft Cell later). This compares with just 10 singles reaching over 1 million sales in the decade 2000-2009 (one of these being the re-release of Tony Christie's 'Is This The Way to Amarillo?').

The second reason for my choice is that in spite of 5 of the top ten selling singles of all time having been released in the 1970s, songs in the eighties were considerably more poetic (or prosaic, some might argue) and it is this creative capacity to combine music and poetry which appeals most to my writer's sensibility.

Accordingly, there are some entries in The Telegraph's 50 best British songwriters (Chris Harvey, 2008) that I can agree with, although it also includes a number of songwriters who don't sing their own songs, which isn't necessarily a bad thing (one need only look as far as Neil Sedaka to appreciate why), so I haven't included them in what follows: a brief consideration of those most noteable, given the focus of this post.


John Lennon
I live very close to Liverpool, sufficiently so for Londoners to call me a scouser and for Irish people to tell me I'm 'close enough', not to mention the countless times the good people of Philadelphia asked whether I knew the Beatles. Therefore I ought not to say anything untoward about Lennon or McCartney, who were both very good at what they did. In Lennon's case (no. 1 in the Telegraph list) in the end it was mostly being overtly political, with the exception perhaps of 'Woman', an ode for Yoko Ono and the first single issued after his death:

"Woman I can hardly express,
My mixed emotion at my thoughtlessness,
After all I'm forever in your debt,
And woman I will try express,
My inner feelings and thankfulness,
For showing me the meaning of success."


Kate Bush
Kate Bush comes in at No. 2 on The Telegraph list and whilst she has come up with some superb lyrics (and bizarre dances), her top selling single of the 1980s, 'Running Up That Hill' (1985), is lyrically mediocre at best:

"You don't want to hurt me,
But see how deep the bullet lies.
Unaware, I'm tearing you asunder.
Ooh, There is thunder in our hearts."


Morrisey / Johnny Marr
At No. 3 is the Smiths songwriting duo Morrissey and Johnny Marr. 'Heaven Knows I'm Miserable Now' reached number 10 in 1984 and is listed in The Rock and Roll Hall of Fame's 500 Songs that Shaped Rock and Roll:

I was looking for a job, and then I found a job
And heaven knows I'm miserable now"

Not Morrissey's best, although still lyrically sound, but his later work is better:

"You have never been in love,
Until you've seen the stars,
reflect in the resevoirs

And you have never been in love,
Until you've seen the dawn rise,
behind the home for the blind"

"You have never been in love,
Until you've seen the sunlight thrown
over smashed human bones"


Paul McCartney
The other half of the Lennon-McCartney machine comes in at No. 4 and it has to said that for all his multi-platinum albums, Paul McCartney has written some terrible lyrics (Put It There If It Weighs A Ton, That's What The Father Said To His Younger Son). The 'Tug of War' album (1982) reached number 1 in most countries, due to the inclusion of 'Ebony and Ivory', a duet with Stevie Wonder. Aside from the beautiful piano metaphor, it is linguistically simple, politically powerful and just a little bit twee:


David Bowie
Skipping through The Telegraph list, we find David Bowie right down at No. 11, which doesn't seem anywhere near high enough a position for such consistent musical genius. His bestselling single of the 1980s, 'Ashes to Ashes' (1980) has seen him giving various interpretations of the lyrics himself - I'm not here to analyse, merely to provide examples for your delight or dismissal:

"Time and again I tell myself
I'll stay clean tonight
But the little green wheels are following me
Oh no, not again
I'm stuck with a valuable friend
"I'm happy, hope you're happy too"
One flash of light but no smoking pistol"


Queen / Freddie Mercury
With the release of 'One Vision' in 1985, Queen (no. 12) finally dispensed with crediting individual band members as having penned their hits, which is just as well. Freddie Mercury, arguably one of the greatest vocal performers and musicians of all time, was not the greatest lyricist, although on later albums, there are words clearly emanating from Mercury, such as the limerick form of this verse from 'Don't Try So Hard' (Innuendo, 1991):

"One day you'll be a sergeant major, oh you'll be so proud.
Screaming out your bloody orders, hey, but not too loud.
Polish all your shiny buttons
Dress as lamb instead of mutton
Though you never had to try to stand out from the crowd."

Queen's best-selling single was Another One Bites The Dust (The Game, 1980), written by John Deacon. There's no wonderful poetry within, but it does have one of the greatest bass riffs ever.


Elvis Costello (No. 14)
For all of Costello's critical acclaim, he's managed to get a fair few cover songs out there. Yet, his own work is truly beautiful and often performed by others, including 'Shipbuilding' (1983), which he described in a BBC Radio 2 interview as having "the best lyrics I've ever written". Interestingly, 'Veronica' (1989 - Costello's best-selling single) was co-written with McCartney, which just goes to show that Sir Paul writes best when he's writing with a partner.

"Do you suppose, that waiting hands on eyes,
Veronica has gone to hide?
And all the time she laughs at those who shout
her name and steal her clothes"


Neil Tennant / Chris Lowe (No. 18)
As the Pet Shop Boys, Tennant and Lowe released many fine albums throughout the 1980s, with their second album 'Actually' (1987) going 3x platinum in the UK. The lead single 'It's a Sin' was a hit across Europe and in the US.

"Father, forgive me, I tried not to do it
Turned over a new leaf, then tore right through it
Whatever you taught me, I didn't believe it
Father, you fought me, 'cause I didn't care
And I still don't understand"


Paul Weller (No. 22)
Whilst Paul Weller is credited as being one of the greatest British songwriters, it is politics rather than poetry which leads to this assertion, as evidenced by 'Walls Come Tumbing Down' (1985) - the highest charting UK release for the Style Council.

"Governments crack and systems fall
'cause Unity is powerful -
Lights go out - walls come tumbling down!"

Also in amongst the list are: Bryan Ferry (no. 23), Annie Lennox / Dave Stewart (no. 28), Robert Smith (no. 31), George Michael (no. 34), Sting (no. 40) and Billy Bragg (no. 45), all of whom have demonstrated extraordinary lyrical prowess - on occasion. What impresses me most, however, is consistency and most songwriters have at least one really bad lyric in their back catalogue. Take, for instance:

"Then a voice I once knew answered in a sweet voice
She said hello then paused before I began to speak"
Babe - Take That, written by Gary Barlow (1993)

Now, whilst I can completely visualise what Jon Bon Jovi is trying to purvey, the 'ironclad fist' does not 'French kiss'. Nonetheless, this verse is one of the best descriptions of a hangover I've heard in pop-rock. As for Gary Barlow: he should know better (and probably does by now) than to repeat the same word twice in a line.

InThe80s.com has an interesting user compiled list of top ten eighties albums, within which a few artists crop up several times and in most cases demonstrate that consistent lyrical quality, or so I thought until I came across the following offerings:

Planet Earth are you just
Floating by, a cloud of dust
A minor globe, about to bust
A piece of metal bound to rust
Planet Earth, poem, by Michael Jackson

I feel my world shake
Like an earthquake
Metallica - St. Anger (St. Anger, 2003)

Then there are those artists blessed with the capacity to provide us with the sublime and the ridiculous:

Dire Straits
A love-struck Romeo sings the streets a serenade
Laying everybody low with a love song that he made.
Finds a streetlight, steps out of the shade
Says something like, "You and me babe, how about it?"
Romeo and Juliet (Making Movies, 1980)

Now look at them yo-yo's that's the way you do it
You play the guitar on the MTV
Money for Nothing (Brothers in Arms, 1984)


Marc Almond
Ultimately the only singer songwriter I can think of who has never produced a bum lyric is Marc Almond, formerly debauched vocalist of Soft Cell fame, these days a respected and respectable solo artist.

Skull faced moon and dull faced you
Grinning with mischief tonight
The shimmer of stars
The whisper of wind
This minute, tonight is the night, I saw
The Desperate Hours (Enchanted, 1990)

Admittedly, not all of Marc's songs are as poetically crafted as the examples above; however, they remain both lyrically and musically concordant: neither element is compromised for the sake of 'a good pop song' and for this alone he has to be my top pop poet, not just of the 1980s, but of all time.