A book and a yearly screening 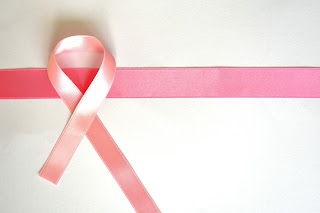 I had my mammogram today, and this was what crossed my mind as the technician was arranging my body for the scan. I don’t remember what year it was or how old I was when my grandmother was diagnosed. Old enough to know the basics but too young to fully understand what was going on.

She had cancer twice, with a long span in between—more than ten years. The first time, they removed a lump the size of a pin head. I remember that because they talked about how it was a good thing she’d gone for her checkup and how it was all relatively smooth. No complications. Nothing in her lymph nodes.

It served as a life lesson. I was clear that when I reached the appropriate age, I was going to begin my yearly screenings too. I learned from it that if you pay proper attention, they can catch these things before they progress too far.

My grandmother had cancer again years later, this time much more serious. She had a double mastectomy and rounds of chemotherapy. Even so, they still got it all. It was another long while before she died, unrelated to any cancer.

She didn’t die from breast cancer. Neither did my college classmate’s mother.

That was a tricker situation. Her mom was young, and I learned that sometimes screenings fail to catch things. I was studying to be a nurse, and now I knew the benefits of doing self-checks in between and making sure I kept up with my annual visits with the gynecologist.

I don’t know a whole lot about what happened with my classmate’s mom, only that she’d caught the lump herself and that they’d had a hard time diagnosing her because it didn’t show up on the mammogram. That’s probably how I learned to be persistent in demanding my health concerns be taken seriously.

My grandmother didn’t die from breast cancer. Neither did my college classmate’s mother. But my friend did.

I’ll call her Jenny. We worked together for two summers at a Christian camp. She’d grown up in it; I hadn’t. I was introduced to this camp when I was recruited as a teen.

Jenny and I couldn’t have been more different. I was an apostate Jew who somehow fell in with the evangelicals (don’t ask). She was from a non-religious household but had become a Christian at the camp when she was a child. She was taller, blond, lean, and athletic. I was shorter, dark, curvy, and had two left feet. She was open-minded and open-hearted; I kept a lot to myself. (In fairness, I was trying to hide things a Christian camp wouldn’t have been pleased about.)

We lost touch after that, as happened in the days before instant internet connectedness. I saw her again some years later when I was running the camp and pregnant with my oldest. We didn’t see or hear from each other again until the early days of Facebook.

I think it wasn’t long after that when I learned she had metastatic breast cancer. She was only in her mid-thirties when she died, less than a year younger than me.

She kept a diary of her journey, telling the world about each test and procedure and medication she tried. I read every single one of her updates, hoping each time for good news. She always kept a positive spirit, right up until the end. Her husband had the last word, sharing her final moments with all the people who had followed her saga.

My screening will likely be fine, despite family history. But these things go through my mind every year when I do this.

At this point, you’re probably wondering what in the world any of this has to do with books or writing or publishing, so let me explain. I had the privilege of proofreading one of BTP’s recent releases, The Killing of Tracey Titmass, by Estelle Maher:

Jo Kearns has breast cancer.While juggling her job, her boyfriend and the cancer, she discovers that her home has been invaded by Tracey, her tumour in insidious human form.Jo’s diary tells the story of her battle to evict the malignant Tracey from her house and the disease from her body.Based on Estelle Maher’s own cancer journey, this book is at times hilarious, at times poignant, but always unflinchingly honest and inspiring.

The story is delightful and funny and moving and uplifting. Although I’ve never personally gone through it, having known enough people who have, it was an emotional read. The author herself is as wonderful as the story, and I’m so glad she put these words out into the world.

I’m not sure we talk directly about this enough. Sure, we have Awareness Campaigns and Awareness Ribbons and Awareness Month and Awareness Memes. Everyone always says, “I know someone who had breast cancer!” But it often stops there. We don’t see the intimate details and the feelings and the ways in which people cope.

In the same way my friend Jenny’s online diary did, the book brings all of that into the light in a way that’s relatable and humorous and sometimes devastating. Fortunately, it has a different outcome than Jenny’s story, but the principle is the same: these aren’t things we need to keep hidden and secret.

My challenge to you is to read this and absorb it. Whether you’ve been there yourself or know someone who has, I hope the story will be as meaningful to you as it was to me.

You can find the book here or at your favorite bookseller.