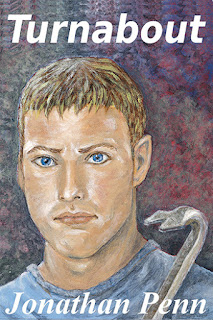 Jonathan Penn is a very talented author who doesn't write anywhere near as much as he should. These days he's mostly too busy editing to 'put pen to paper'. Nonetheless, to date, he has five published stories, and whilst it was only a few days ago he told me, "If I never read Raising Cade again, it will be far too soon," I will state here, without reservation, I've loved all of his stories, Raising Cade included.

I should probably also mention that I was involved, in one way or another, in the publishing of four of those stories—all five, with the release of Turnabout (2nd ed.). I beta-read Raising Cade; I edited and published Homme for the Holidays and Aloha? Oy! I also edited Forbidden Broadway (MM Romance Group, 2015).

That only one of these stories earns Jonathan royalties (Aloha? Oy!) says much about his generosity. Both Raising Cade and Forbidden Broadway were written for the "Don't Read in the Closet" event organised by the MM Romance Group on Goodreads. The event matches readers with authors via a prompt-claiming system, and the stories are written and published for free.

Homme for the Holidays (an excellent festive sequel to Raising Cade) is part of Boughs of Evergreen anthology, published by Beaten Track in November 2014, royalties from which go to The Trevor Project.

And then there is Turnabout.

Originally published in 2014 as part of the Kickass Anthology (Mugen Press), Turnabout is a short story about self-belief and how the love of another is often the route to finally believing in ourselves. It's the story of Bobby and Cam, whose lives are violently interrupted by a homophobic thug, prompting Bobby to bravery.

Being a short story doesn't mean it packs less of an emotional punch. Jonathan writes scenes that are emotionally intense; they alternately set my heart racing in fear and make me melt in a puddle of tearful sadness/happiness/goo. However, short stories are difficult to review in detail without giving too much away.

The important point here (or one of two important points) is that Turnabout is a wonderful short story that is well worth the 99c cover price - see below for purchase links.

The other important point is that all net proceeds from the sale of Turnabout go to Eric Arvin's medical fund. You can read more about that here: https://katepavelle.wordpress.com/2014/12/11/tuesday-morning-coffee-kickass-anthology-fundraiser-for-eric-arvin/ 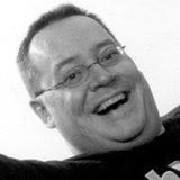 About Jonathan Penn:
Jonathan grew up in the South. While relatively new to the world of writing, he has been inventing tales for at least fifty-one years. He was probably also making stuff up during the two years prior to that, but as this was his pre-verbal period, there’s no evidence one way or the other. An armchair linguist, he has taught himself to ask, “Where is the bathroom?” in seven languages. He enjoys gardening, He gardens, and enjoys red wines, cooking, singing, theatre, and of course, writing. Jonathan reminds himself every day how fortunate he is to have shared the best and worst of the last thirty-five years with the man of his dreams.