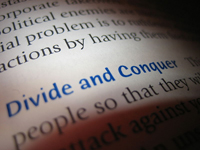 Earlier this year, American author John Locke became the first self-publishing author to sell one million books on the Kindle platform - an achievement he celebrated with a further release, descriptively titled 'How I Sold 1 Million eBooks in 5 Months'. Without detracting from future sales, some of the key elements of his success include reducing the price of his books to less than 1 US dollar and fully utilising Kindle Direct Publishing, which, he explains, tips the scales in favour of the independent author.[1]

Perhaps Locke's success isn't too surprising, given his background in niche marketing,[1] not to mention sharing his name with the founding father of liberalism. The self-publishing model of electronic and, to a lesser extent, hard copy 'publish on demand' formats follows closely the philosopher's understanding of supply and demand:


Hence it is, that the best, and most useful things are commonly the cheapest; because, though their consumption be great, yet the Bounty of Providence has made their production large, and suitable to it.[2]
As author John Locke argues, the lower percentage return on Kindle ebooks priced outside of the $2.99 - $9.99 range is negated by the volume of sales it generates. Put simply: 35% of 100 copies sold at 99 cents ($34.65) is more than 70% of 10 copies sold at $2.99 ($20.93) and in the case of ebooks, the production costs are the same, regardless of the selling price.

Freed from the costs of traditional publishing, the availability of self-published work is limited only by the author's propensity for selling it; however, independent control of pricing, relatively low overheads and bountiful supply come with a hidden cost - the intrinsic value of an object, determined by its perceived 'cheapness' and the processes involved in its coming into being. Thus, discerning readers are urged to continue to make their purchasing decisions against the rules set by large publishing houses, unquestioningly subscribing to the notion that you do indeed get what you pay for.

The growth of the 'Indie Author Movement' is a direct challenge to the market power of traditional publishers, whose position as the gatekeepers to quality literature is no longer viable, given the quantity of excellent, independently published fiction that is now available. In such circumstances, the likes of Penguin are endeavouring to re-establish 'the paperback', once considered the scourge of modern publishing, through a process of slander and aesthetic revaluation[3] as a commodity that will enhance the reader's cultural capital far more than the purchase of a self-published alternative.

The problem then, becomes one of labels and the meanings associated with these. In the music industry, the term 'indie' traditionally referred to independent record companies (or 'labels') who struggled to establish themselves in a market hogged by the big record companies. More recently, 'indie' has come into use to describe artists launching themselves entirely independently: whilst musicians' performance has always been their commodity, in the past, getting the product onto the market depended on the prestige and economic clout of a well-known record label. The technological advances that increased access to recording and online marketing tools for 'indie' artists are those currently being harnessed by 'indie' authors.

Yet, somewhere between the indie labels of the 60s and 70s and the indie artists who rose with the dawn of the internet, the term 'indie' came to be associated with a particular type of music. The 'indie scene', as depicted in the Wikipedia entry for 'Indie Rock',[4] is typified by bands such as R.E.M. in the USA and The Smiths in the UK, amongst others, who offered a product at odds with contemporary mainstream pop/rock, accompanied by outspoken frontmen. R.E.M. initially rejected the advances of RCA and signed with Miles Copeland III's IRS[5] - a small, independent label who nonetheless distributed through A&M, MCI and EMI[6]. Likewise, The Smiths started out under the Rough Trade label[7], but both bands later signed to Warner Bros.[5,7]

'Indie' in the music business is now a synonym for this particular blend of non-mainstream music and outspokenness - The Happy Mondays (Elektra - part of Warner Bros)[8] and Oasis (Epic, Columbia, Sony Music)[9] are amongst those who fit the indie model but are signed to major labels. Like R.E.M. and The Smiths before them, it would seem that 'indie' was a means of becoming 'mainstream' and obtaining a major deal - the ultimate measure of success. Whether it's pop or rock, the indie genre exists as a pretentious spectre of its former self, over-shadowing the toils of the truly independent artists, many of whom continue to rely on MySpace, LastFM etc. to reach the masses and build a fan base.

There are many lessons to be learned here and questions that we, as self-publishing authors must ask. Firstly, how do we measure our success as an author? Are we to follow naively in the footfalls of the indie bands, self-publishing and marketing our wares with the sole intent of gaining the attention of a major publisher? Alternatively, should we derive meaning from the volume of sales? John Locke is a highly successful author: there is no argument here, when more than one million readers have voted with their 99 cents. The problem is with our persistence in believing that the approval of one publisher is worth more than the combined opinions of our readership.

Secondly, how do we become our own gatekeepers? The beauty of self-publishing is also its downfall, because anyone can do it, which is not to say that everyone should. Some of the independent fiction I've read (or at least partly read) has been truly awful, although the same is true of 'properly' published fiction and not just the stuff on the supermarket shelves. Worse still is the so-called 'literary fiction', with its broadsheet critique credentials, spouting the sort of meaningless, cliched drivel that belies the genre. The experience of appreciating a book is entirely subjective, indicating that ultimately it is only our readers who can decide what stays and what doesn't.

Finally, and perhaps most significantly, do we really want to be 'Indie'? Thankfully, the dirge of vampire fantasy appears to be heading off up the high street, but sci-fi / fantasy fiction remains the most written and least published of all genres. This isn't necessarily because no-one wants to read it, reflecting instead the penchant shared by publishers and record labels for telling us what they think we should like. However, there is every possibility that the term 'indie author' is about to be hijacked, as 'indie artist' was before it, and we need to resist this, by remaining resolute in our independence and not succumbing to the temptations of the major publishers. After all, we have the tools and technology at our disposal and we don't need them. That's why they're running scared and it would serve them well to pothole us all as 'indie authors'.

In this context, a publishing deal is not a reward, it's a leash, but we need to step carefully. Once we make the decision to self-publish, we need to stay self-published and build our reputation as truly independent producers of quality publications. Only then can we safely pin the badge of 'indie author' to our lapel.
Posted by Debbie McGowan at 08:03